The Teleological Argument for God's Existence 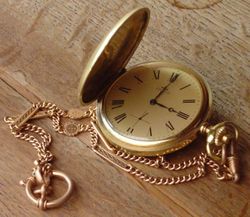 The other day at work, a friend and I were engaged in a lighthearted discussion about our religious differences (he's Jewish, I'm atheist). In jest, he accused me of knowing with absolute certainty that God did not exist. I disagreed that was the case, but asked him what reasons he had for believing in God. He said "You can't honestly think that the universe, the world, and everything in it just happened. It couldn't have just sprang into existence by mere chance. It's all just too complex. Therefore, God must have designed it." An interesting discussion then ensued. But what my friend was appealing to is one of the most common rational justifications of God's existence: the teleological argument.

The teleological is a popular contemporary argument in the Mormon church. This is from the current LDS.org website:

We can look up at the sky at night and see a never-ending universe. There are millions of stars and planets, all in perfect order. They did not get there by chance. We can see the work of God in the heavens and on the earth. The beautiful plants, the variety of animals, the mountains, the rivers, the clouds that bring us rain and snow—all these testify to us that there is a God. An ancient prophet  wrote, “All things denote there is a God; yea, even the earth, and all things that are upon the face of it, yea, and its motion, yea, and also all the planets which move in their regular form do witness that there is a Supreme Creator.”


So if you believe that God inspires prophets and scripture, then the teleological argument is one of the reasons God uses to convince us that He exists. If you believe that the Book of Mormon is a product of Joseph Smith's imagination as I do, then it is likely that he had Alma voice the argument William Paley popularized about 30 years before Joseph wrote it.

William Paley popularized the argument in his 1802 book Natural Theology. Joseph Smith was a consumer of the religious ideas of his time, and it is undoubtedly true that he was familiar with Paley's teleological argument.

Paley starts his argument by assuming that we have the ability to tell the difference between designed things (such as a watch that we found on a beach) and undesigned things (such as a rock). Paley then goes on to list a number of other designed things even more complex than watches (such as noses that point down instead of up, thumbs, and eyes). Paley argues that just as we are compelled to infer a watchmaker from the example of a watch found on the beach, we are compelled to infer an eye maker from the occurrence of eyes. But while a watchmaker could be a finite but clever and powerful person, the designer of eyes, thumbs, and noses (Paley was particularly impressed that our noses point down, and thus protect us from rainfall) must be infinitely wise and powerful (ie. God).

The teleological argument from design (or argument from "apparent design") is still very contemporary, and comes in many forms. Intelligent Design advocates argue that there are many examples of "irreducible complexity" in biologic life forms that are too improbable to have happened by naturalistic means (ie. evolution by natural selection). Today, however, the teleological argument is extremely vulnerable to attack because natural explanations of biologic complexity (evolution by natural selection) do a better job of explaining apparent design than appeals to a supernatural designer God. In order to avoid such attacks, many apologists cite the complexity of an apparently "fine tuned universe," with its improbable cosmological constants, as evidence of a supreme designer. At least Darwin's ideas don't explain cosmological constants.

However, whatever form of the argument is invoked, it has at least four problems that I'll discuss below:

Objection 1: It is an Argument from Ignorance

The first flaw in the teleological argument, is the fallacy of "Arguing from Ignorance." In a sense, advocates of the teleological argument are arguing that they can't possibly imagine any way that the complexity and apparent design came about - except by invoking a great big supernatural designer to do it. But this is merely a failure of imagination and admission of ignorance. Scientists have succeeded in explaining many complex things that were once thought to be an unexplainable mystery. Once a natural explanation is available, it is no longer possible to remain willfully ignorant of it. This is simply an admission of lack of intellectual curiosity at best, or willful ignorance at worst.

Today, even though many people remain ignorant of it, evolution by natural selection elegantly explains the complexity of all biologic life on earth. It explains how complexity and diversity arose because of genetic variation within species, how environmental pressures and genetic variation gave certain individuals a better chance of passing on their genes (at the expense of others who did not possess advantageous genetic mutations), how these genes then became more prevalent within a population, and how, over time, this genetic variation led to new species.

Objection 2: It Assumes More Than Is Necessary

Instead of assuming the god of ethical monotheism, perhaps the universe was designed by committee of gods, or by several independent designers, or by a Deistic God, or by any number of the long extinct gods people once worshiped? What about an advanced alien life form with super advanced technology? Perhaps it was made by a very powerful evil God?  We can't rule any of these designers out, and therefore the teleological argument is guilty of explanatory overkill, or assuming more than is necessary.

Objection 3: It's Guilty of Selection Bias

The most damaging flaw in the teleological argument is that it is guilty of ignoring vast amounts of data. It selectively pays attention to things in the world that are beautiful, amazing, wonderful, and dazzling (like sunsets, eyes, and the cosmological constants) but ignores the existence of suffering and evil in the world. If God truly designed everything within the universe, including all life on earth, then it is "explanatory underkill" to fail to give an account of what is disgusting, abhorrent, vile, and unthinkable.

What are we to make of a designer that allows so much suffering due to man's inhumanity to man? What are we to infer about a designer who allows natural disasters, floods, tidal waves, earthquakes, droughts and famine, hurricanes, tornados, etc. etc. etc., to kill thousand and thousands of people indiscriminately? Couldn't God have designed the earth a little better so that there weren't so many natural disasters?

Or what about the eventual fate of our planet? If we don't destroy ourselves first, in a few billion years, the sun will run out of nuclear energy and will expand to engulf the earth, destroying all life on it in a fiery death. For those intelligent life forms living on other planets in other galaxies, who wont even notice our own planet get swallowed up by our sun, the universe will continue to expand until it dies a slow and cold death? Finally, what about the galaxies in the universe that are right now being eaten up by black holes, or are being destroyed because of galaxy cannibalism (what happens when galaxies bump into each other, and one galaxy "eats" up the other. Much destruction of entire planets and stars ensues in the process, and for any life in the neighborhood, it wouldn't be pleasant.

Objection 4: It Fails to Explain Who Designed God

Richard Dawkins, in his book The God Delusion, does a good job explaining a final reason the teleological argument doesn't work. His explanation, that he calls the "The Ultimate Boeing 747 Gambit" basically boils down to the fact that if everything that exists must be designed, then who designed God? If complex things (such as a Boeing 747) require an even more complex designer, then the most complex thing ever (God, or The Ultimate 747) must require something even more complex to have designed it. However, this leads us into an infinite regress, and so theists simply state that God doesn't need any designer. This is similar to the illogic used in the cosmological argument. However, instead of assuming that God terminates the infinite regress, why  not assume that the universe itself terminates the infinite regress? We have a natural explanation as to how the universe came into existence in the Big Bang. So why assume a supernatural explanation (that really is no explanation at all)?

And there you have it. The teleological argument appears to make a lot of sense at first. I suspect it is convincing because it appeals to our human nature to see patterns and purpose and design in almost everything.  Indeed, it was convincing to me for many years. However, the argument has major flaws, and therefore is not a valid argument for the existence of God.  In short, it fails because it's an argument from ignorance, it assumes more than is necessary, it commits major selection bias, and it fails to explain who designed God, and we are left with a Scottish verdict: not proved.